Ow ! Did I say that already ? I don’t actually hurt so much, more I feel like I have two dead legs and an arm that has gone to sleep.

Yes, I have been for my first session at the Western Gym with the ever patient Mark!

After a sit down chat in his office, ticking boxes and doing the blood pressure thing, he decided that I was quite safe to be let loose in the torture chamber, I mean Gym.

The treadmill ! Walking you say, we do it every day! Yeh but the path doesn’t move, you do, so it takes a wee while to get used to the earth moving under you and not in a good way. However once I got myself into a rhythm it was not too bad and I heard some eejit inside my head telling Mark to make it go faster. What is happening to me?

Then it was over to what can only be described as a machine that had been invented by a masochist. The Cross trainer or the I’ll give you a dead leg machine as it should be known. That burned, there were muscles in my legs screaming at me to leave them alone. We have been sleeping nicely for years, why are you wakening us up now ?????

Then after my entire body could push and cross no more, it was off up the stairs, yes up the stairs, to do some stretching. Now, ask me to stretch up for the last Cheesecake on the shelf, no problem, or to reach down the bottle of Prosecco from the high shelf in the Off License, easy peasy. But ask me to sit on the floor, pull my foot up towards my thigh and then lean forward, I think not. But I tried, thought I would never stand up again, but I tried. Mark showed me three different stretches that I can do every day and I have to admit that they are nice and simple and yes, I look like a pregnant hippo trying to do yoga, but they felt weirdly good.

Finally the ‘Flex Test’ ! Mark says ‘just sit on the floor, put your feet against the box, lean forward and push the bar along the top, and hold it for 3 seconds. Its like saying touch your toes and don’t move. So from this little exercise we have our first benchmark, 16 I scored, pretty crap but nevertheless a goal to beat.

So am I going back ? You betcha ! Yes there are things starting to waken up in my arms and legs that have been dormant for years, yes I caught sight of myself in the Gym mirror and thought the Michelin man in sweatpants but hey, that is me and it will get better.

For to have the Gin, one must do the Gym, I am off to polish my halo and to attempt to take my trainers off.

Roll on the next visit ! 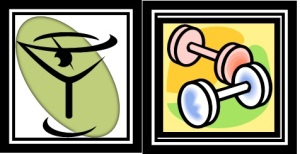